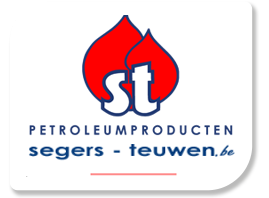 By Jeff Fick and Diana Kinch

RIO DE JANEIRO (Dow Jones)–The latest oil and gas find in Brazil’s ballyhooed presalt offshore region could be the biggest yet discovered in theworld’s pre-eminent deepwater frontier, and perhaps the largest the world has seen in two decades, a government official said Monday.

The Libra prospect is estimated to hold reserves of between 7 billion and 8 billion barrels of oil equivalent, Marco Antonio Almeida, the secretary for oil, gas and renewable fuels at Brazil’s Mines and Energy Ministry, told the Rio Oil & Gas 2010 conference.

The estimate was made by Gaffney Cline & Associates, or GCA, which was hired by the government to audit reserves, and was based on seismic data and similarities to nearby areas, said Almeida, adding that an appraisal well to confirm the numbers should be completed in 30 days.

“We expect it to be the world’s largest discovery in the past 20 years,” Almeida said.

Libra is the latest in a series of oil discoveries made deep below the ocean bed in the Santos Basin, off the coasts of Rio de Janeiro and Sao Paulo states in southeastern Brazil. The oil lies more than 2,000 meters underwater, and an additional 5,000 meters below sand, rock and a shifting layer of salt-giving rise to the region’s pre-salt moniker.

The hubbub surrounding this region started in 2007, when the country unveiled the Tupi prospect in the Santos Basin, which was estimated to hold between 5 billion and 8 billion barrels, making it the Western Hemisphere’s largest discovery since Mexico’s Cantarell nearly three decades ago.

If confirmed, Libra could end up being larger than Tupi, Almeida said.

Libra will be the first of Brazil’s presalt oilfields to be auctioned off under the new production-sharing regime proposed by Brazilian President Luiz Inacio Lula da Silva last year. The measure still needs to be passed by Brazil’s Congress, which could take place after the country’s October national elections.

The measure is expected to be passed later this year, after which the government would publish a prospectus and aim to hold an auction in the first half of 2011, he said.

“The auction will include one or two areas, but it shouldn’t be much more than Libra,” Almeida said.

Under the proposed production-sharing regime, the block would be awarded to the consortium which offers to pay the government the largest share of profits.

State-run energy giant Petroleo Brasileiro (PBR, PETR4.BR), or Petrobras, must have at least a 30% stake in any consortium looking to develop presalt oil fields. Petrobras preferred shares traded in Sao Paulo were up 2.5% at BRL28.22, while the broader Ibovespa index was up 1.9%.

Hoe kunnen we u helpen